The Gathering of the Clans

In seven weeks time The Gathering of the Clans 2009 will be over: the first such event since George IV visited Edinburgh in 1822 - and set the kilt on its road to recovery after its banning following Culloden. In seven weeks the last caber will have been tossed, the last piobaireachd played; the March up the Royal Mile and the Clan Pageant at Edinburgh Castle will be a mass of colourful and inspiring photographs dominating the Sunday newspapers and, in due course, Scottish magazines worldwide.

You can still be there if you would like! Just drop us a line and we'll fix it for you. 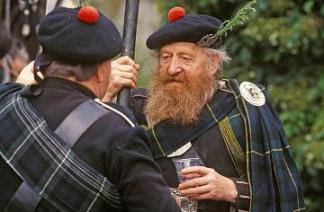