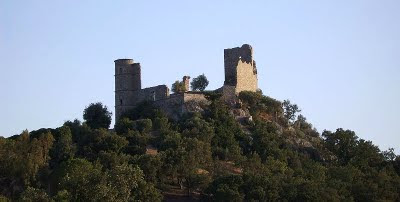 We had just under two hundred people in Edinburgh during The Gathering - a busy time for our small company. And once everyone was safely back home, I took a few welcome days off in the South of France. Castles continued to call though, and I climbed up to the Château de Grimaud, dramatically overlooking the Gulf of St Tropez.