I have felt a great warmth towards Dunnottar Castle ever since, ten years ago, I wrote and published the official guidebook. The castle, however, has never reciprocated - mainly since it has no heating. And this is one of the concerns expressed by our Schools Minister, Maureen Watt who has called for the castle to be taken into state control .

Dunnottar, on a windswept clifftop south of Aberdeen, is about fifteen minutes walk from the road and there is no shop, no tea room, no electricity, and normally only one member of staff in the place. And yet this is one of the most significant of Scotland's castles - William Wallace, Mary Queen of Scots, the Marquis of Montrose, Charles II, they have all been here and added their stories to this extraordinary cluster of buildings. Dunnottar also saw the dramatic saving of Scotland's crown jewels, the oldest in the United Kingdom, from under the nose of Oliver Cromwell who hoped to destroy them. 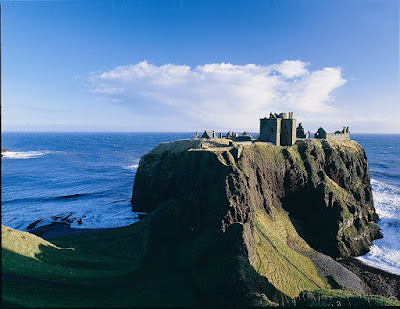 The owners of the castle point out that visitor numbers are rising. But Dunnottar should be seeing 60,000 visitors per annum, not the present 40,000. More importantly, the visitor experience is not nearly as good as it could be. Government administration is not necessarily the answer: some of the most exciting visitor attractions in Scotland are privately owned castles - Glamis, Cawdor, Inveraray. But these have been in the family for 50o years or more; the last Keith Earl Marischal of Scotland left Dunnottar in 1651 and the castle fell to Dunecht Estates, the present owners, almost by accident in 1925.

At the moment Dunnottar is a convenient cash cow within a business whose main interests lie elsewhere. To be fair, much has been done in the last ten years - there is now an exhibition, there are benches and the rock doves have been denied access to at least some of the buildings. But this is not enough. Back in 2001 I researched the opportunities for grant funding to allow Dunnottar to become a modern, welcoming, visitor attraction. No doubt rules have changed but if government ministers are expresssing concern, then money will be found and if Dunecht Estates are not able to embrace such an initiative, then I hope Maureen Watt gets her way.

PS. The stunning shots in this post are by Jim Henderson whose photos also account for the great success of the castle guidebook. 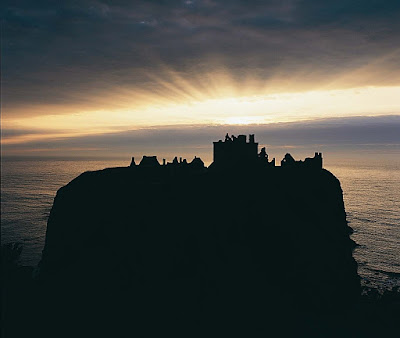 Where might I purchace your book, "A Guide to Dunnottar Castle"?

Delighted to send you one but we have to charge GBP 7 including P&P.