'Always the first Saturday in September'. The Braemar Gathering is one of the constants of Highland Life. It was reputedly started by King Malcolm III (who replaced MacBeth as King of Scots in the 11th century), but the first modern day games was held in 1832.

'Gatherings' or Highland Games were arranged by clan chiefs to display the prowess of their fast runners, strong men, pipers and dancers. It was also a good way of distracting their attention from moonlit raids on neighbouring clans' cattle. Clan Gatherings were banned by the government in 1746 following Bonnie Prince Charlie's 1745 Rising. But less than 100 years later Queen Victoria graced the Braemar Gathering with her presence - and Royalty have been attending ever since.

I was asked today why our Small Group Clan Tour was taking place in September. The answer is simple: we would like our clients to enjoy the Braemar Gathering - unique, royal and ancient.
1 comment: 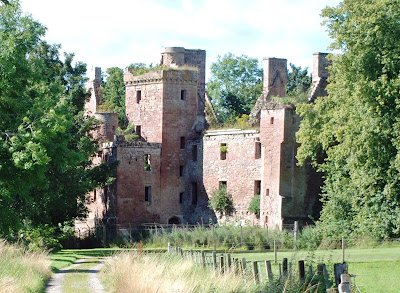 Went to an excellent lecture (one of the HOSTGA series of winter lectures) about Recastle on the Black Isle. This tiny community boasts one of the largest saltwater crannogs, a quarry that provided the stone both for Cromwell's Citadel in Inverness and the Caledonian Canal, and the most wonderful eponymous castle. Redcastle was built as a 9th century wooden fort to hold the line against the Vikings, owned by the monarch, rebuilt as a 16th century Mackenzie L-Plan tower house, burnt by Cromwell, rebuilt as a grand lodging in the early 19th century, enhanced with the proceeds of slavery, became a fine Edwardian country house with extensive gardens (below), was used as a bomb store in the second war and is now a dangerous ruin. 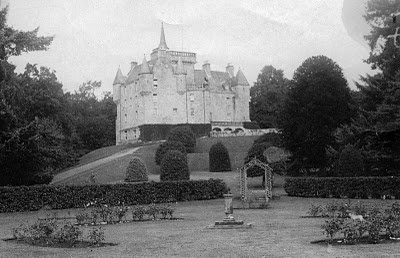 But the most memorable story told by Graham Clark, author of a fine book on Redcastle was about Kenneth Mackenzie, 8th of Redcastle. He was married at nineteen, an officer at twenty, fought in the American War of Independence, 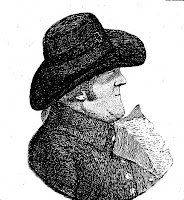 was captured, repatriated, court martialled for outrageous behaviour, formed his own company of 100 men, was sent to the Gold Coast where he tied one of his officers to a post and executed him with a nine pound cannon; he also commandeered a couple of merchant ships (which together would have paid off ALL his debts), but was instead thrown into Newgate prison on charges of murder and piracy. He was granted a Royal Pardon but killed a fellow officer in Edinburgh and disappeared to join the Russian Army; he became Vice Consul at Constantinople, got involved in yet another brawl, duelled at dawn and was shot dead. He was 41.
No comments: 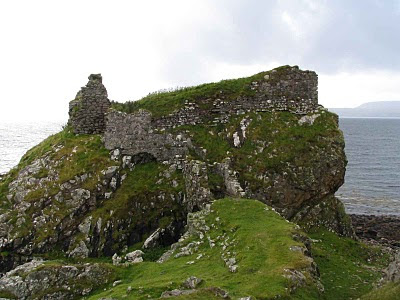