The Clans - violence, honour and obligation

I was listening yesterday to a programme about Easter Island in the South Pacific; the commentator referred to 'rival clans'. Around Christmas in London I was in a taxi driven by a man from Somalia, who talked about the 'clans' who are controlling certain areas there. In both (random) cases there is an implication of violence: the clans in Easter Island finally eliminated one another and uncontrolled 'clans' was the reason that my Somali taxi driver was disinclined to return to his Somaliland home. The violence in 'Klan' is self evident.

My Shorter Oxford Dictionary (pub. 2007) gives four definitions for 'clan'; none has any violent or negative association. I believe that this fine word is now being corrupted.

It comes from the Gaelic clann which simply means 'children'. Clan is in fact a wholly positive word which speaks of honour, of commitment, of people supporting each another. In his excellent book 'Clans & Chiefs' Ian Grimble writes, '...the office...required that the chief should place his undefined patriachal obligations before his absolute feudal rights'. This was fundamental.

There aren't so many examples nowadays of 'undefined obligations' taking precedence over 'absolute rights'. And of course the other side of the coin was that clansmen were absolutely bound to fight and die in any fight that might be picked by the chief.

How wonderful, though, that in 2011 the Standing Council of Scottish Chiefs has a website ... and invites questions. An undefined obligation if ever there was one!
No comments: 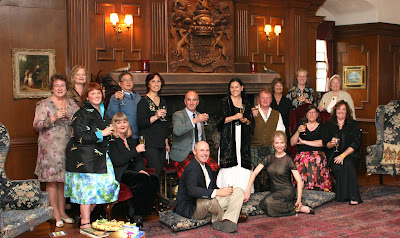 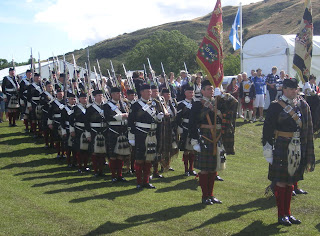