The Queen's Unfortunate Love of Golf 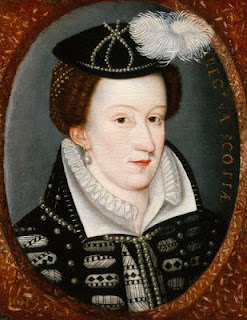 Mary Queen of Scots (1542 - 1587) is reported to be the first woman to play golf regularly. Now some readers will know how that game can just get a hold of you; it clouds the judgement. So it was for Mary: people noticed that within days of the murder of her husband, Lord Darnley, the Queen was back out with her bag of golf sticks chasing that wee ball along the links. Of course it didn't help that fifteen weeks later she married the Earl of Bothwell, the man generally thought to be her husband's murderer.

Not only was Mary a golfer, but a fine horsewoman, poet, musician, and according to a contemporary "there was no human knowledge she could not talk upon... she used a most gentle style of speech, with kindly majesty mingled with modest reserve". She was also tall, athletic, beautiful. In fact she was just the sort of queen that Scotland needed in the 16th century. But it all went horribly wrong. Golf was the least of her problems; the biggest was... men; she fell in love with the wrong ones. It is a long and tragic story, related in many books and now by the excellent Scottish Portrait Gallery in an eTour.

But if you would like to see the castles and palaces where she was born and christened, where she lived and danced, prayed and plotted, you can now accompany Lord Sempill in a personal tour which fleshes out the life and loves of this extraordinary woman. A compelling story, well told.