The Rosetta Stone - and caravanning in Peebles

If you're heading for Peebles Golf Club, you'll drive along Rosetta Road. But why Rosetta, a substantial town on the Nile Delta? 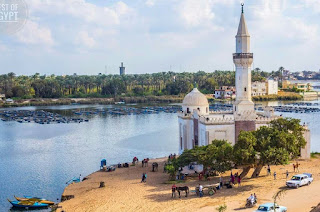 Well, Rosetta (now known as Rasheed or Rashid) produced the stone which unlocked the long-running mystery of Egyptian hieroglyphs as it contained the same text both in Greek and in hieroglyphs. Soldiers in Napoleon's Army found found it on 15 July 1799 whilst digging the foundations of a fort near the town.

It is now one of the most famous objects in the British Library. 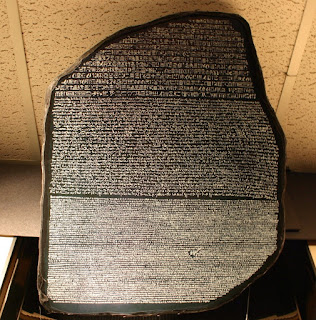 But the French didn't keep it for long. Sir Ralph Abercromby, from Menstrie in Perthshire, was a successful soldier, whose entry on Wikipedia contains the delightful sentence, "In 1801 Abercomby was sent to recover Egypt from France". This he duly did and he brought back many antiquities - including the Rosetta Stone.

Amongst the surgeons in Abercomby's army was one Thomas Young from East Lothian. Young had perhaps made some money whilst in the victorious army which recovered Egypt. In any case he had, on return, fallen in love with a young lady called Violet Burnet whose father, James Burnet of Barns, had in 1773 built rather a fine house overlooking the Tweed. 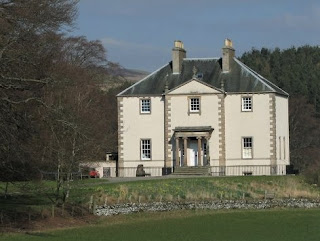 Perhaps Young felt that Violet should not be asked to move down in the world and he too should have a house of similar standing... In 1807 he built a fine house outside Peebles, remarkably similar to that of his father-in-law - with two floors, central pediment and a sunken basement. Wondering about a name for his new marital home, his mind went back to campaigning days, and he decided on 'Rosetta'.

Rosetta House is now just on the edge of Peebles and overlooks a caravan park. 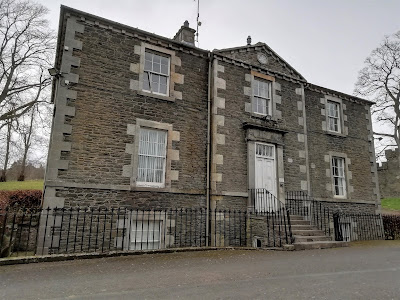