Why did Charlie want to go to Skye anyway? 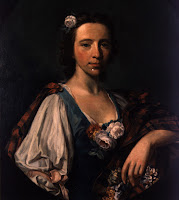 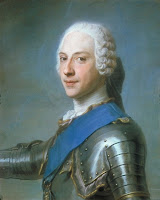 Speed, bonnie boat, like a bird on the wing,
Onward! the sailors cry;
Carry the lad that's born to be King
Over the sea to Skye.


There are two big clans on Skye - the MacDonalds and the MacLeods. When guiding out there I'm oddly reluctant to reveal that neither one supported the Jacobites in 1745, indeed that both chiefs signed up to support the government. Bonnie Prince Charlie

arrived on Skye on 29 June 1746, disguised as Flora MacDonald's

maid, piloted by Donald MacLeod of Galtrigal. One of the men tasked to search for him was the 22nd Chief of Clan MacLeod; another was Lieut. Alexander MacLeod of Talisker who commanded the local militia (and dined with Flora at Monkstadt on the night she arrived on Skye!).

So why on earth did Charlie want to come to Skye? In short, government troops were closing in on him too fast on South Uist...where one of those meant to be searching for him was Flora's stepfather, Hugh MacDonald of Armadale, who was actually in on the plot to save him! It's complicated. Although the chiefs, and perhaps most men, were prepared to put their backs into finding Charlie (hoping to claim the reward of 30,000 guineas if they succeeded), there were enough loyal individuals to ensure his safety.

We've been talking about this is in the office because our Clan Tour  will visit Dunvegan Castle (top picture) seat of the MacLeods. Our clients will, ironically, be able to look over to Galtrigal (above), the home of the Prince's pilot, and see Jacobite relics such as Flora MacDonald's stays, her pin cushion, Bonnie Prince Charlie's waistcoat and a lock of his hair. Why is all this at Dunvegan? Well, it's because Flora left her Jacobite relics to her daughter who married the tutor to the next Chief of Clan MacLeod...

You see. Like everything to do with the Jacobites, it's complicated! But Pauline, our wonderful Clan Tour guide, will make it all seem quite simple!
2 comments: 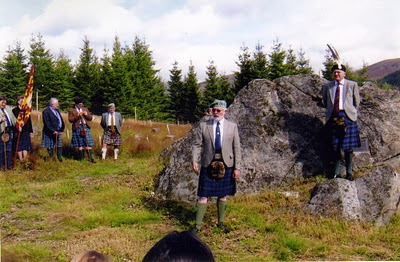 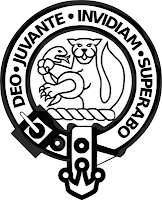 Would that it were that easy to deal with officious officialdom nowadays!
No comments: