A family group has just asked me to schedule a visit to Robert Burns birthplace. By coincidence I was there, at the new Burns Museum, last week.

I'm a great fan of Burns and, having been born and bred in Scotland, many words are familiar to me. But for those who do not enjoy that great privilege Burns can be a bit impenetrable! Take a daimen icker in a thrave for example; it's a line from 'To a Mouse'. Who has any idea what that means? (actually it means 'the occasional ear of corn in a set of sheaves'). 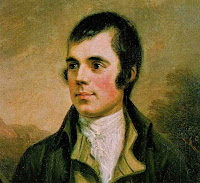 I visited the museum with some other tour operators and we were inevitably concerned as to whether overseas clients would be able to understand it. The short answer was 'No'. Indeed the National Trust for Scotland has made the whole thing even less penetrable by writing the explanations on the show cabinets in Burnsian Scots, with difficult words translated. Not much good for overseas visitors.

But after a bit I mused that this is a celebration of Burns and his work. Should it not also be a celebration of his language? David Hopes, museum curator said, "Our intention has been to get under the skin of Burns, encouraging a creative response in the reader-visitor." A noble intention, and I think he has succeeded.  But how important is the original language?

One translation of Burns into Russian apparently sold over 600,000 copies and Burns is still taught in Russian schools. But I'm sure Abraham Lincoln, who carried a volume of Burns' work with him, only read the original. And what of Steinbeck whose 'Of Mice and Men' was inspired by the ploughman poet and his line from 'To a Mouse': The best laid schemes o' mice an' men / Gang aft agley.'? How did he make sense of it? 'Translated' or not? Well, maybe some scholars can help me with that.

I do not believe that Scots is a language in its own right. But if traditional words and syntax are not used somewhere today, will it only be future academics who can revel in the earthiness and wonderful rhythms of Burns' poetry? 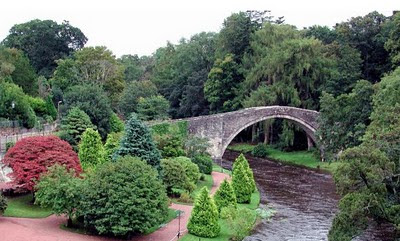 When I had seen the museum I wandered over to the old Brig o' Doon (of Tam o' Shanter fame) and the nearby Burns Monument, where I learned that there are 58 monuments to Burns around the world. Fifty-eight! More than any other poet.

This does not, of course, make him the world's greatest poet but it does convince me that Burns should not be celebrated in translation.
3 comments: