I drove past it again last week. South of Glencoe, scene of the infamous massacre, south of the loch-studded expanse of Rannoch Moor, there's a fast stretch of road near which stand the remains of Achallader Castle, seldom noticed seat of the Campbells of Glenorchy. A castle with a story. 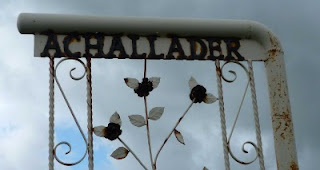 Achallader was torched by the Jacobites in the Rising of 1689, but it was still serviceable enough to host a remarkable meeting in 1691, the year before the Massacre of Glencoe. Here John Campbell, 1st Earl of Breadalbane, met the principal Jacobite clan chiefs, MacIain of Glencoe included. Breadalbane had £12,000 (worth more than £1m today) of government money with which to buy their allegiance for King William. It was agreed there that all Jacobite hostilities should be suspended but that this agreement would lapse if King James himself were to invade Britain and that should King William not consent to the terms of the deal, then Breadalbane would join the Jacobites with 1000 men!  A pretty good arrangement for the Jacobites - until the terms were leaked to King William; then all deals were off and the infamous oath of allegiance which led to the Glencoe Massacre was required. 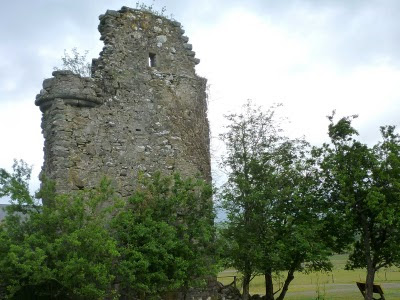 If the 1st Earl was notoriously duplicitous, the same cannot be said of his sons. Two of them fought with the Jacobites at the Battle of Sheriffmuir, the defining battle of the 1715 Rising. Alongside them were more of the clan including the two sons of Robert Campbell of Glenlyon, the company commander who carried out the Massacre of Glencoe.
1 comment: